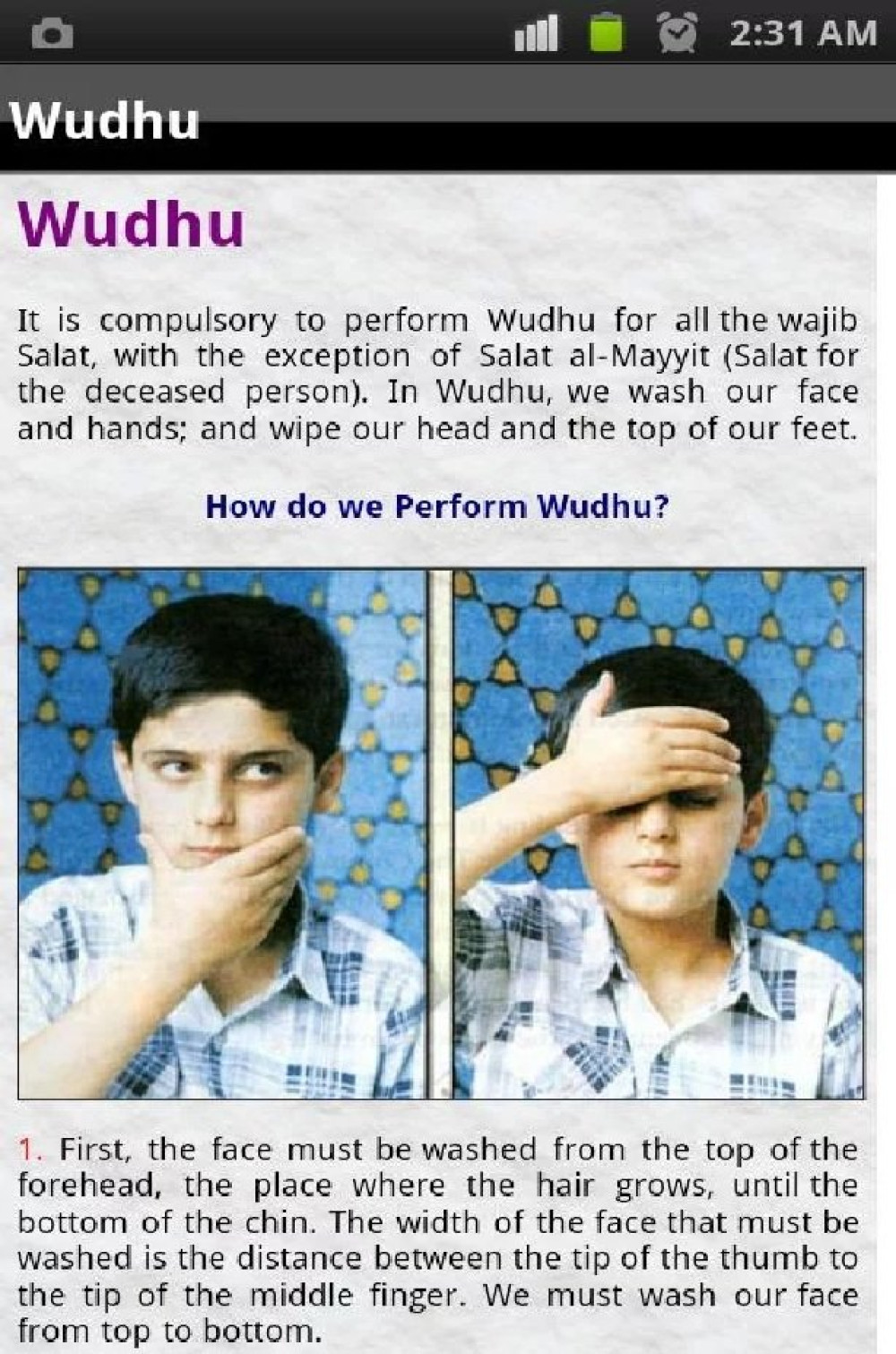 So I was all set to share a book I had which had some good pictures and explanation for wudhu, and when i went to look for where to get it, i found this! It’s now an app that is free to download!

It is not just about Wudhu but is about all of salat, which will be useful i’m sure! Although aimed at children, it’s not totally child-friendly in terms of the layout and wording used, but the images alongside your explanation should hopefully do the trick.