200
swing
You are here: Home » Ramadan » Share Ramadan – My experience… 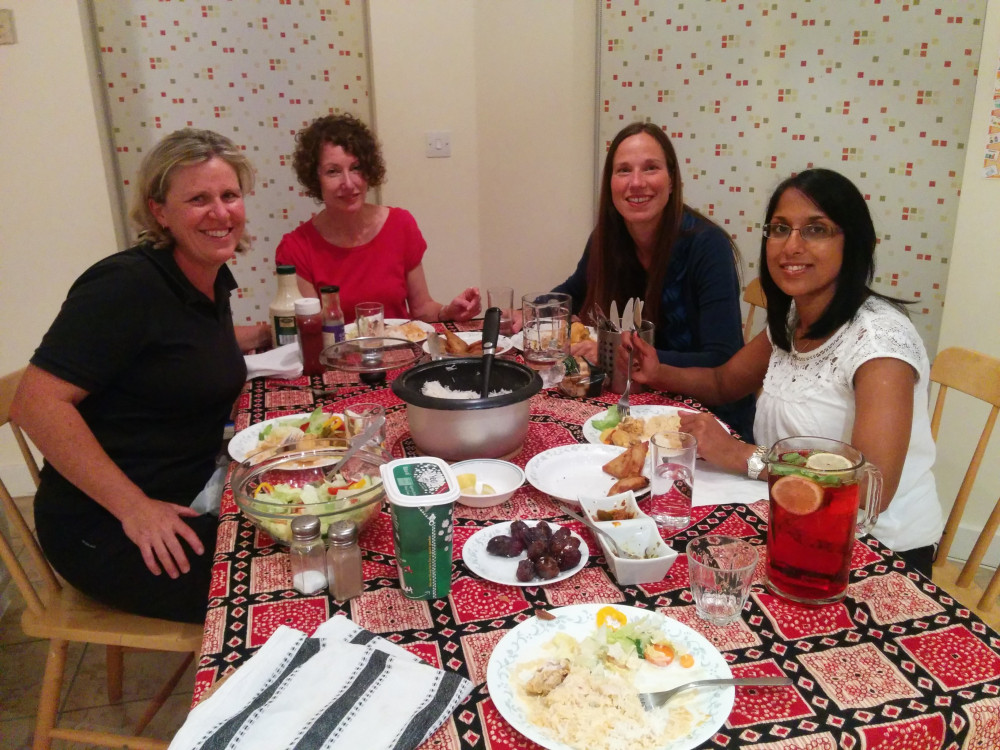 Alhamdulillah, I am SO grateful to be writing this post 🙂

So yesterday I had a chance to #shareramadan!

I loved the concept when i came across it but was hesitant to invite my busy mummy/working school mum friends to try the fast given the long, hot summer days (the majority of people on the fb page seem to be young men with no children to look after!). But then a random conversation with one of the mums steered on to fasting and how she’d actually be interested to try it… and that was that!

I made my niyyat and decided to take the plunge. I invited a few school mums that I was close to to have iftaar at my home, and Alhamd, they were all enthusiastic to do it! Some that couldn’t make it still said how they would have loved to have been able to try it, and one even mentioned that she herself had heard about the health benefits of fasting and was already thinking about it!

In the end four mums could do it – I sent them some tips, such as eating a night meal and what kind of slow-energy releasing foods to have, to drink lots the night before and taking naps if possible during the day. I also clarified that they should do however much they could – and that even if they didn’t fast but just joined me for dinner, that was fine too! I suggested different options, such as having a fluid only fast, or having breakfast and then starting…

Yesterday began, and as I checked in with them I learned that one mum (a mum of 4 children under the age of 6 might I add) had actually woken up at 2.30am to eat something – and not only that, her 6 year old daughter had woken with her and was fasting at school until lunch time! She had decided to throw her heart into it and do it properly and wasn’t even having any water. Another had had breakfast and then was starting, and the other two were having limited fluids.

A check in at pick-up found the ladies doing well…starting to feel it a bit but still alive and kicking! Actually one of the mums who was having liquids was positively glowing . A last check in close to iftaar time they were feeling it more, with one feeling a bit hot and clammy after a long nap, and the other feeling a quite cold! Our bodies react in different ways, don’t they?!

They arrived home at 9.15 and we chatted until the Azaan clock went off, They broke their fasts with a date, and I told them to make a prayer that was close to their hearts because that was the best time to do so… And then we ate! It was such a lovely evening, with lots of different conversation topics including the benefits of fasting, the whole sorry situation in the Middle East just now, what further studies they were undertaking and general getting to know each other a bit more, and of course – lots of school talk!

Alhamdulillah, it was a great experience for all of us. I was grateful to be able to share something so important to me and appreciated that they had ventured out of their comfort zone to try this not-at-all-easy task, and they were grateful that I had reached out and invited them into this part of my life, and that they had experienced and learnt something new and also for the meal, of course :).

It’s definitely a tradition I plan on keeping, Inshallah – and they are already up for it for next year!

P.S. I have asked them to pen their thoughts and experiences from the day and they will try and do so in a bit more detail, but here are some snippets of emails:

“Thanks for yesterday. It was really inspiring. So great of u to share all this.”
“Was an amazing experience.”