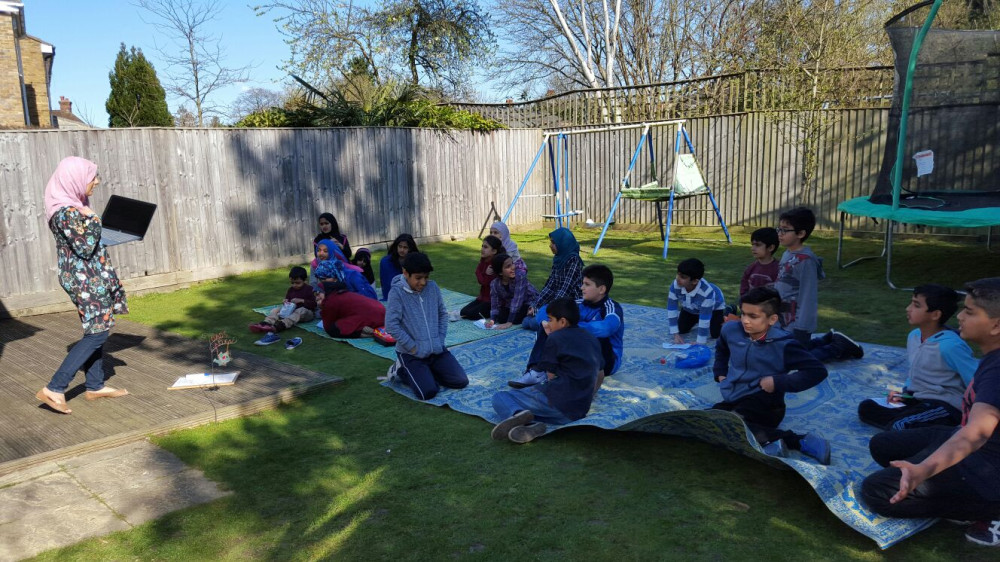 The Children’s Islamic Library held a Science and Islam day for children ages 7 and older. Alhamd we had a full turn out (due to space issues it was capped at 20) – and they had a busy 2 hours of fun and learning!

It began with them forming into teams, which were named after famous Muslim scientists. They then each received a pack of miscellaneous information on these scientists which they had to order and match. The focus was then on one of these scientists in particular – Abbas ibn Firnas, the first man to try to fly. After discussing more about him, the children then went on to try and create their own flying machines – made out of recyclable material.

The teams each presented their gliders to the group, explaining why they had chosen to make what they had, and were peer-marked on them, including appearance – I loved the finishing touches they put on! Now came the test! To see whether it would fly, they dropped their gliders from a height – each flight was timed, and points given to the teams accordingly. We even had one fly all the way to the end of the next door neighbour’s garden!

After a snack, the day was topped off with a science quiz, where the children answered Islamic and general knowledge questions on science – it was very interactive with them having to physically demonstrate some answers, as well as solve some anagrams to get to the right answer. These were totalled up and the winners announced! They were all winners, in my opinion!

A special thanks to the lead organizer who volunteered her time and energy to plan this Science and Islam day!