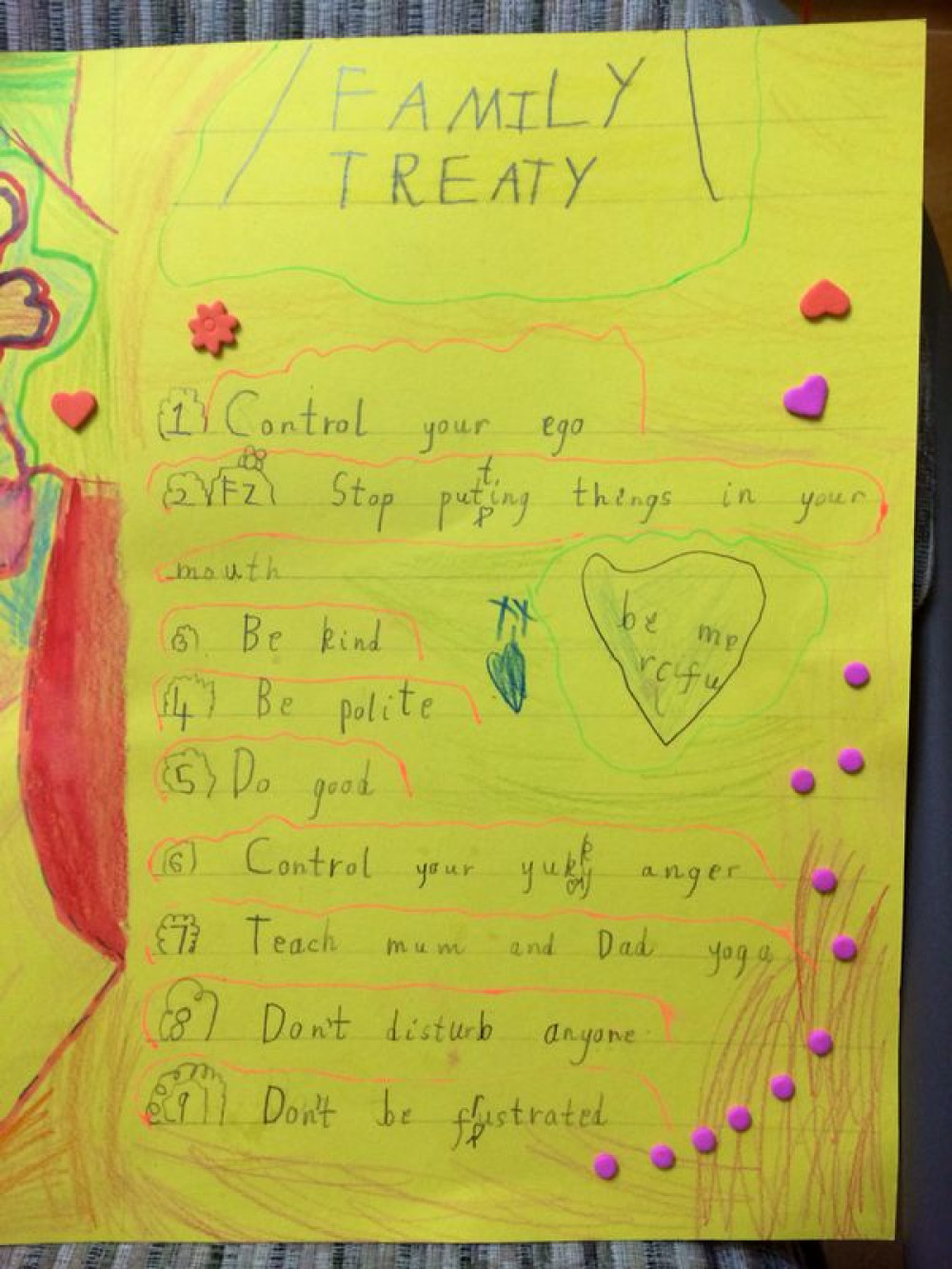 Imam Hassan’s birthday falls on the 15th of this month. Here is an idea of how to mark it:

Here is what one mum said: “FZ made this Family Treaty today after we discussed how Imam Hassan as had to make a peace treaty with Mu’awiya, and how Mu’awiya did not honour any of the promises made on the treaty.

She wanted to make a Mithwani Family Treaty with our own pledges and promises. She drew a picture of herself and Imam Hassan as holding hands, and she designed his colourful prayer cap and robe!”