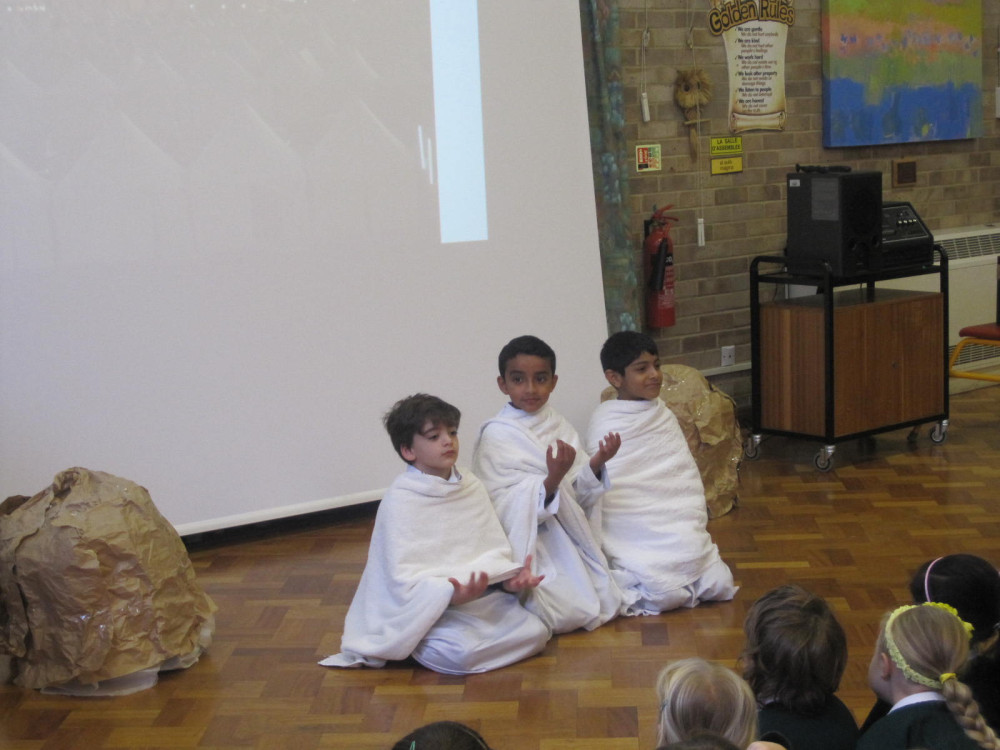 Today Alhamd, was our Key Stage 2 Assembly and it would be great to share it with you!

The whole school came in to the assembly wearing their Eid Mubarak stickers which we had distributed to their classes earlier on. After a quick intro, the Key Stage Two-ers began their presentation and there was pin drop silence throughout!

Here is the script of the play they performed: https://www.dropbox.com/s/wpctwqy2tgxgg9r/hajj%20presentation.docx?dl=0

Alhamd they did great, right to the very end where they all called out ‘Happy Eid everyone!” Cheers accompanied the applause for them, and Alhamd, the participants were all buzzing after and wearing their religion with pride. 🙂

Their classmates were truly appreciative, especially when we went round and dropped off their Eid Mubarak cupcakes off, with calls of “Thank You!” coming from them as we did so. The teachers and head were all given Eid gifts and Eid cards, and Eid cards were given out by the children as well.

As well as the informal thank yous from the staff, we got a very official looking letter from the school to say the same, and that they hope for more such opportunities for us to share our customs with them! Who can refuse such an invitation?! 😉

Alhamd all in all a great morning with Inshallah many seeds planted in minds, young and old 🙂