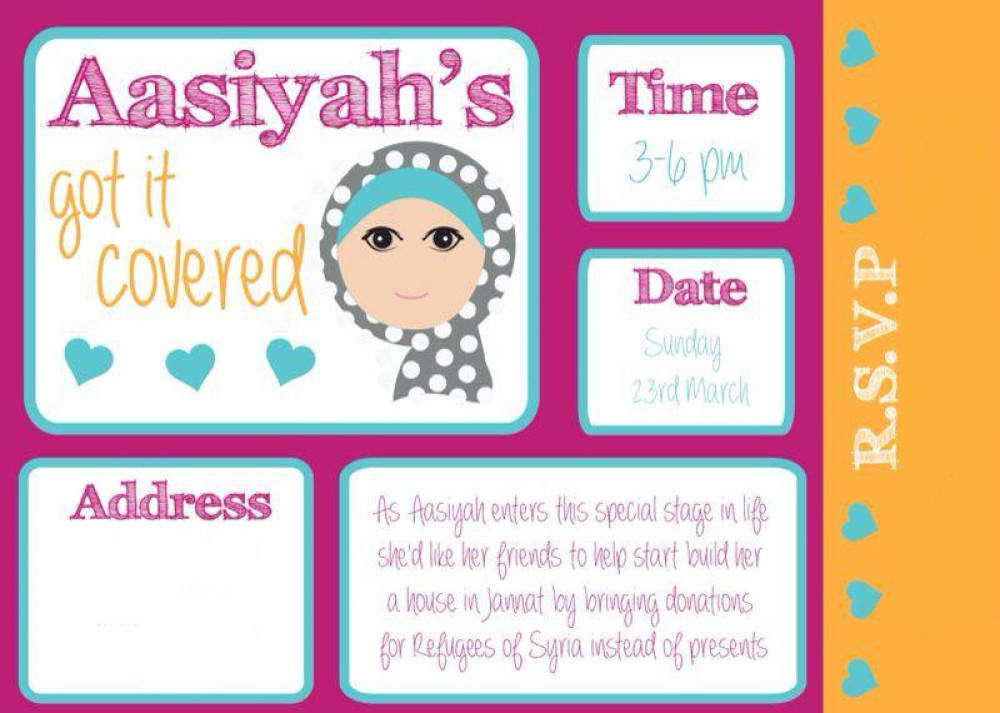 Sooo many people have said that a buloogh party is an excellent way to make turning 9 a celebration and something to look forward to, as opposed to just being about all the new responsibilities and musts (which is how it used to be not so long ago)…

And you don’t have to limit the celebrations to other Muslim friends – a few mums have invited their daughter’s school friends also and it has been a great way to get them aware of buloogh and everything about it!

Check out this awesome example 🙂

There were stations around the room, each one with a different hadith and corresponding activity. So there was:

* A charity station – as you could see on the invite, they requested people to donate charity in lieu of presents. As the mum explained, it was a great opportunity to talk to her daughter about Sawaab-e-Jaariya and how this was her way of now collecting for the hereafter instead. What a great way to start your life after buloogh!

* A pampering station – here the girls got a chance to be pampered which becoming aware of the importance of cleanliness in Islam.

* A photo booth – a hadith on how even a smile can be a form of charity is a perfect accompaniment to taking a photo as a memento of the party!

* A talk was also given to the girls on buloogh and the importance of Akhlaaq and representing Islam as young hijaabis.

In another party, there was a beauty theme and there were mini pampering stations all around!

And one mum did a play on becoming baligha! Check out the play here.