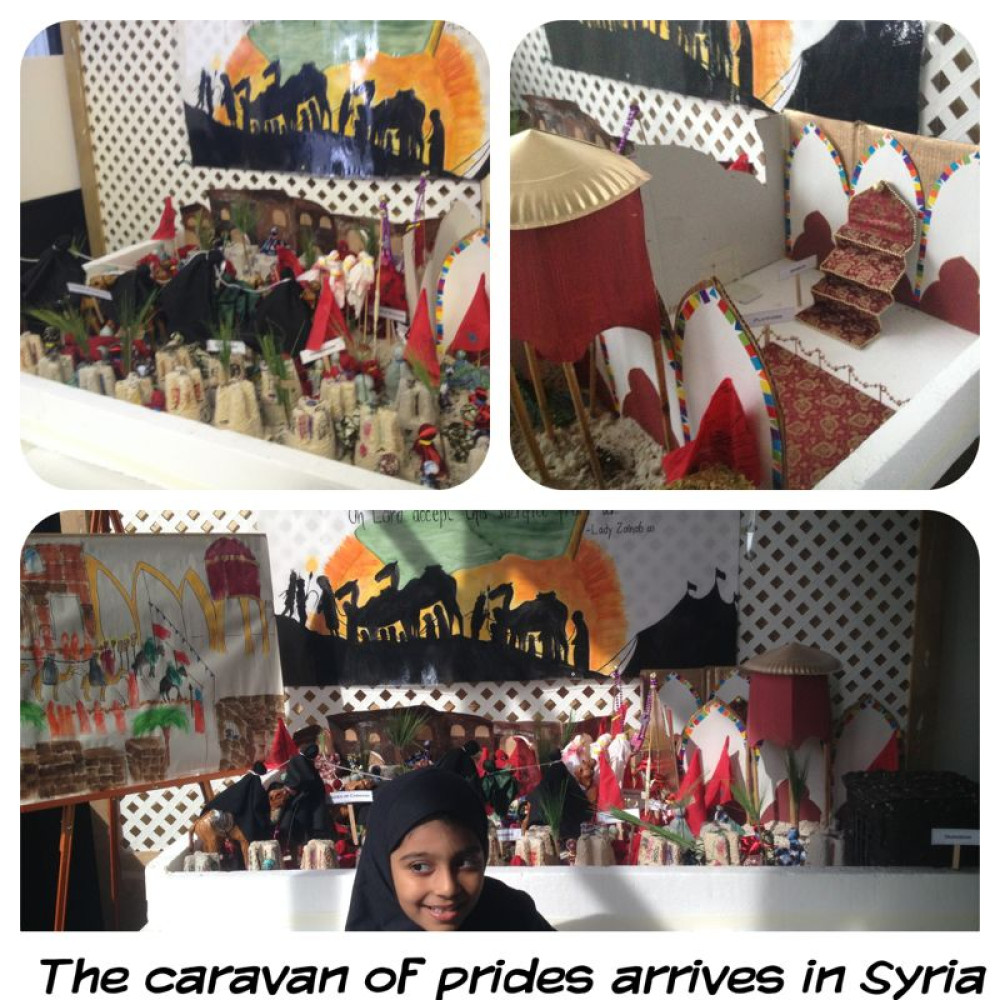 Idea No 8: Re-create the Caravan of Pride through a collective project. (Sent in by Sameera Yusufali)

This year in the month of Safar, a childrens workshop was held at Hussieni Islamic Center of Orlando. In order for the children to really understand the aftermath of Karbala and how the Ahlulbayt suffered, the workshop decided to engage the children in making a project which allowed each child to participate.

The project shows how the caravan of pride was taken to the palace of Yazid, and how they were made to wait outside Yazids courtyard for three days while the onlookers mocked them. It also shows the palace of Yazid and the dungeon where the Ahlulbayt were kept as prisoners.

The children were divided into groups according to their ages and were assigned to make different parts of the projects, such as flags, the marketplace, Yazid’s mimbar, the dungeon, the onlookers, and the family of the ahlulbayt on camels tied to each other with ropes.

As the children were busy making the project the teachers explained the different aspects to them as they went along; this gave them an insight and a true feeling about the tragedy of Karbala. When each of the groups had finished their assigned task, they came and placed what they made and thus working together, completed the the project. One of the teachers then took each group and explained to them in detail about what happened when the Caravan of Pride reached the courtyard of Yazid.

Creating a project where the kids are able to visualize helps the children better understand the sacrifice of Imam Hussien and his family.