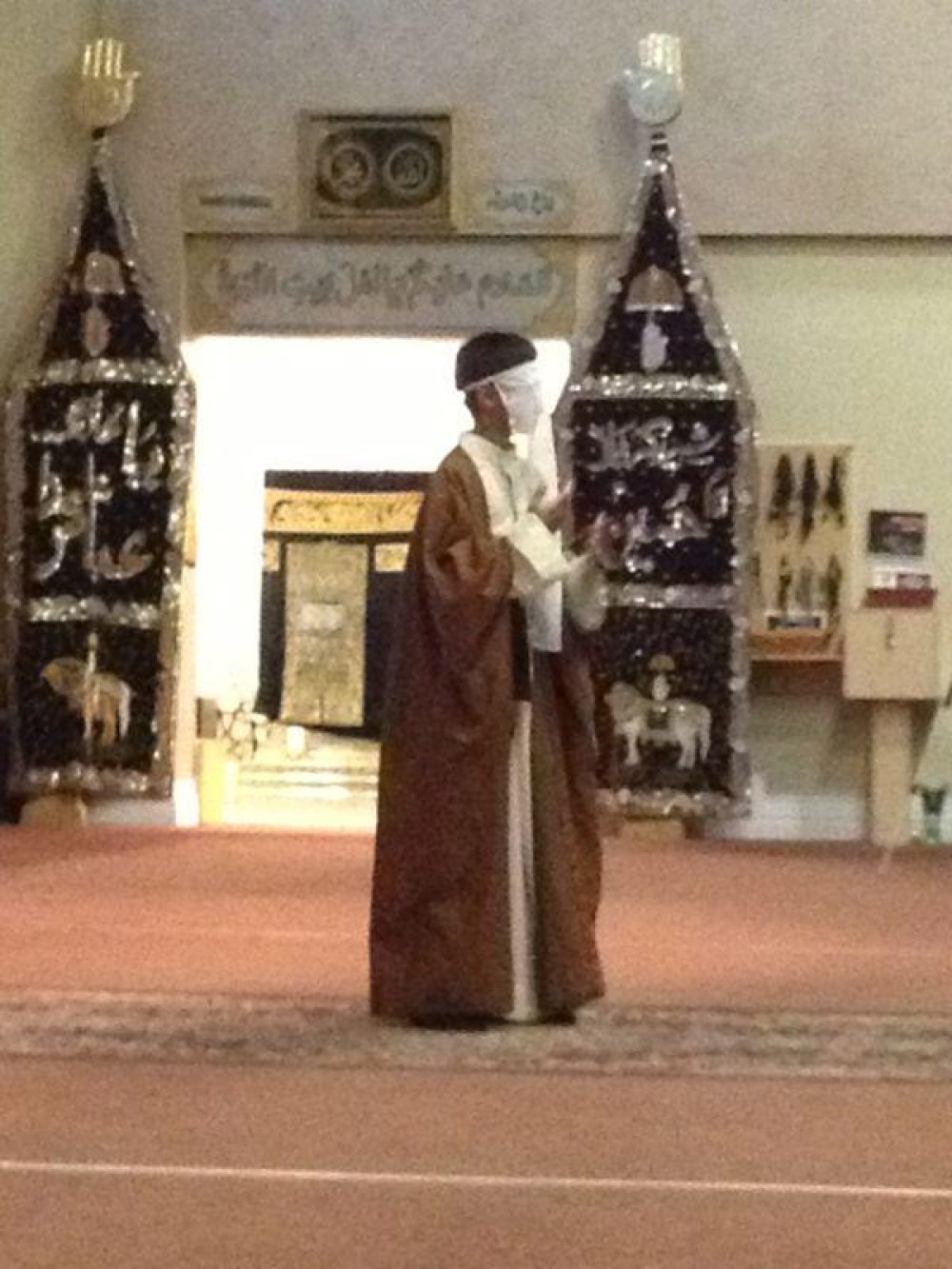 Idea No 7: Re-enact the Story of Karbala through a Play – and make it come alive for both those participating, and those watching. (Sent in by Jawad Yusufali, 13 years old)

The play I acted in was based on the events when Imam Hussain (as) along with family and companions left Medina and started their journey towards Kerbala. Some of the highlights were when Imam Hussain was in the court of Waleed (la), and when Imam gave his last farewells to the graves of his grandfather, mother and brother. The play ended with Imam Hussain (as) asking the tribe of Bani Asad to bury their bodies after the day of Ashura and to treat the Zawaars of Karbala with respect and honour.

In this play I acted as Imam Hussain (as) and being the main character was a big responsibility, but also a blessing, because out of the whole crowd of spectators and other actors behind stage, I was the one who was able to understand the situation Imam Hussain was in the most. Because I had to show different emotions in different parts such as courage and grief, I in turn felt the hardship and burden that Sayyed Shuhada felt when he had to stand up for Islam.

To conclude, the play I acted in was a very unique experience, one that I learned from, and Inshallah, one I hope that many other people will learn from in the future.