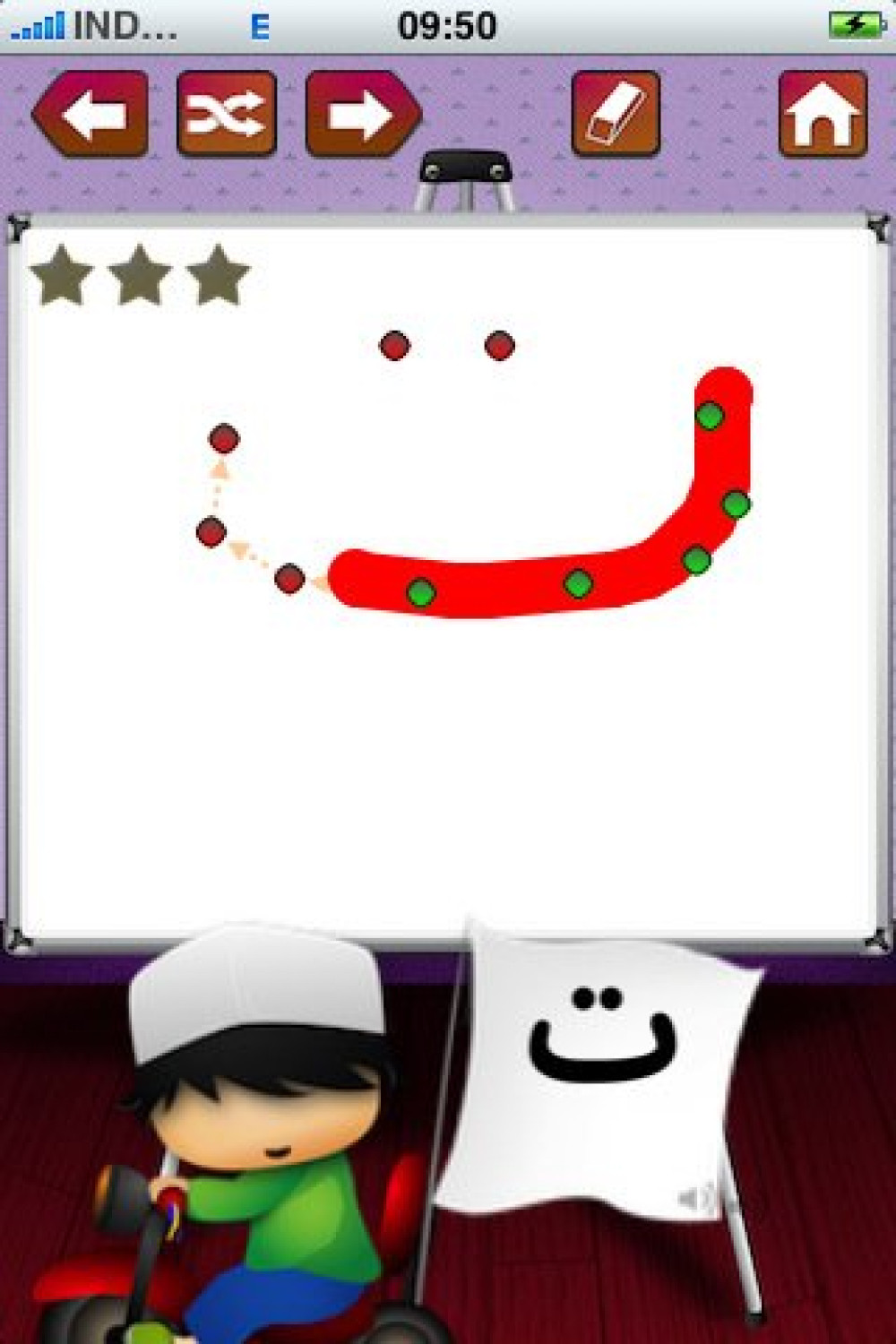 When I initially asked you to send through any good Muslim Kid Apps you had found, this was one of the first that was recommended, and by many different people! Once I tried it out, I can see why…I only wish this had been around when my two were starting to learn their alphabet, although my daughter still enjoyed having a go 🙂

Downloadable for free on iphones or ipads (sorry android users!), the app is bright, colourful and so easy to use. It has two options:

Learn: Here you can click on the letter to hear it’s name, as well as its sound with the three haraqat (fatha, kasra, dhamma) – thus you get both, the phonics and the name which i thought was super. You can go through in order, or select the letter you want to focus on…

Write: Here you can trace the letter with your finger, and at the bottom you can click to hear the name, thus giving you the audio consolidation again. Be careful to trace properly, otherwise you might not get all 3 stars! A mix-it-up option here is useful for the slightly older ones…