Sharing the message of Kerbala with children

As we prepare to enter the months of Muharram and Safar, here are some INVALUABLE points for parents and teachers to keep in mind. Please read and share!

Take the first point for example – SO crucial:

It never ceases to amaze me the extent of graphic details Islamic school curriculums, teachers, and speakers provide children when discussing Karbala. Yes, it was a battle and yes it was a tragedy beyond words. However, such violent and graphic details are socially and developmentally inappropriate. Many children struggle to understand topics such as death, loss, and grief. When Islamic school teachers decide to focus on the explicit details of how Ali al-Asghar or Imam Abbas (as) were killed, it can be difficult for children to overcome. You can definitely get the message across that Yazeed and Bani Ummayah were the lowest of the low and enemies of God without describing to a child in graphic details the murder of another child.”

Eleven lessons on how to marry, from the story of Musa (pbuh) in Surah Qasas.

1. If you like someone, aim for nikah with that person.
Safurah liked Musa, and she told her father this (‘hire him’), knowing her father would get her married to him.

2. If you like someone, make sure it is for the right Islamic reasons, and not lust.
Safurah liked Musa pbuh for both physical and spiritual reasons. She liked the fact that he was a tall, strong man who could protect her in the rough neighbourhood of Madyan (he protected her and her sister even before they knew each other). She also liked the fact that he was of good character (in hadith, she is said to have judged Musa’s character when he decided to walk ahead of her so he wouldn’t be tempted to glance at her from behind). She mentions BOTH of these reasons to her father.

3. Parents must be able to trust their children’s choices.
Safurah’s father trusts her judgment, and also sends her alone to fetch Musa. He trusts her that she wouldn’t betray his trust, and also that she will TELL him if she likes someone.

4. Children must not betray the trust of their parents.
Safurah walks bashfully when she is sent alone to fetch Musa. She does not flirt or talk needlessly. She is shy. She will not do anything against her father’s wishes or betray his honour because he trusts her and loves her.

5. Safurah leaves the final decision with her father.
Even though she likes Musa, Safurah is content with whatever her father decides, knowing he loves her and will do the best for her.

6. Safurah’s father shields his daughter when proposing to Musa.
Notice how he says ‘I want to marry ONE of my daughters to you’. He doesn’t tell Musa which one he intends. This achieves two objectives. One, if Musa rejects the marriage proposal to any of the daughters, Safurah can be happy that she herself was not specifically rejected, and two, the father can find out if Musa has an attraction or inclination to marrying his other daughter – Safurah’s sister.

8. Character is the most interesting and important factor in choosing a spouse. Musa has no job, has no money, is homeless, is a fugitive from the law and has just killed a man.

9. Shyness in Islam is not a girl staying home and hiding from men. In the story of Musa we see repeatedly women going out and working. Musa’s mother was a working mother in the employ of Aasiya. Musa’s sister was confident of walking into the Pharaoh’s palace when following the basket. Musa’s wife was a working woman, as was his sister in law. Shyness in Islam is a girl doing what is needed to be done while maintaining her dignity, chastity and modesty, conforming to the laws of Allah and of the land as best as she can. Shyness is Safurah walking bashfully to Musa, not flirting with him but telling him exactly what needs to be told. And shyness was Musa lowering his gaze and walking back with her to her father’s home. Today we have families rejecting a working girl because she is “career minded”.

10. Musa negotiates with the father of the bride himself. He agrees on the Mahr (as per the laws of that time, the father demanded he work for a few years in his service). This is a lesson to grooms today to get involved in the Mahr and other processes of the marriage, and not leave it to the elders.

11. Musa does not shy away from accepting the help of his father in law. He is employed by him, lives with him and does so cheerfully, and he is a man’s man.

Love the ideas in here!

Especially this one fits in so well with what we have covered before:

Gratitude is a time-honored spiritual path that works regardless of your beliefs about the nature of the divine. The deeper our gratitude, the greater our ability to receive, and the more we get out of life.

Of course, children rarely understand their many blessings, and guilt is not an effective teacher. Modeling is the best strategy, simply noting aloud, frequently, how lucky we are to have this beautiful day, this bountiful meal, this reliable car, such a terrific teacher or neighbor, and, of course, each other.

Information is also useful, given judiciously and matter-of-factly in an age appropriate manner: “Some kids don’t have a back yard to play in like we do, that’s why we cherish it and take good care of it.” “Grandma is getting older and won’t be with us forever, so we take advantage of every chance we can to visit her, even though it’s sometimes not so interesting for you. “

And of course, small habits like grace before meal, or counting our blessings, or a thank you at bedtime for the wonderful day, serve as place-markers for the deeper gratitude your children will develop as they mature.

“Gratitude unlocks the fullness of life. It turns what we have into enough, and more. It turns denial into acceptance, chaos to order, confusion to clarity. It can turn a meal into a feast, a house into a home, a stranger into a friend. Gratitude makes sense of our past, brings peace for today, and creates a vision for tomorrow.”
-Melody Beattie’

NOTE: I LOVE that Islam fosters this naturally in us, through Salaah. When we finish our Salaah, it is recommended to do a Sajdah of SHUKR, and be grateful for things and blessing that He has given us!

If you’re ever trying to teach your children the wisdom behind the difficult times that Allah puts us through, this past week has so much to offer…

I tend not to share political posts here, but these seem to be so appropriate in sharing with our children that there is always a bigger picture out there, and when Allah says that there will be ease after difficulty, He means it!

Take for example, the story and picture you must have seen by now of the refugee carrying his son who was kicked down by the camera woman. His story was spotlighted because of that and it became known that he was a soccer coach, and has since been asked to coach a team in Spain, and his son not only met Ronaldo but accompanied him into a game!

Then there’s the story of Ahmed, who built a clock and got ARRESTED at 14. And yet, the world now knows and admires him and he has offers to the best universities and companies, inlcuding google, MIT, etc. Not only that, but his father buying pizza for the media camped outside made news as well 🙂 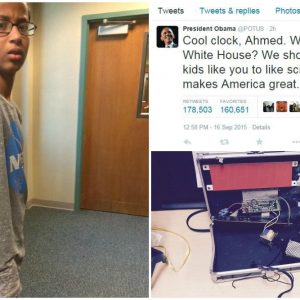 Dig a little deeper and there are such stories behind many, many of the sad ones that we see. Surely He does know best!

These would make perfect favours for any Eid-ul-Adha party or school presentation, or just to give to neighbours!

Sent in by a mum: “We decorated small ka’ba gift boxes and filled with chocolates to give as a gift.” 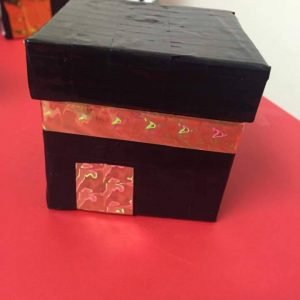 Everyday she said 'hello' to this homeless man...

Just one person can make SUCH a difference…

Abby Shapiro: Lessons from the 16-year-old 'on fleek' life – and extraordinary death

So many lessons to be gained from her life, and death.

“Abby’s own way of living. That’s what there is to learn here.

She was so utterly herself that she was infectious. She was loud, hungry, funny and in­cred­ibly brave. And because every person — her teachers, her doctors, her friends, her neighbors — had the same description, you also know that she was real.”

Here’s this week’s Friday inspiration! Plus another great role model for our children 🙂

The power of prayer

Subhanallah – the power of PRAYER!

HE will send help if it is meant to be 🙂