Here are some more children’s majlis ideas all the way from Singapore:

“We have had two majlises for the children so far. One majlis was conducted entirely by the boys except for a puppet show conducted by the teacher. Two of our young boys talked about the story of Kerbala using pictures that they drew and coloured themselves. 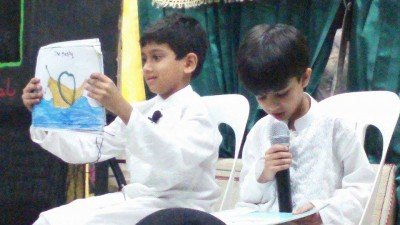 One majlis was specifically for the girls. The children led recitation of hadise kisa, marsiya, nauha and ziarat. The lectures were conducted by the mums using PowerPoint to educate pupils on akhlaq during majalis, lesson from Kerbala and a masaib on Bibi Sakinah (as).” 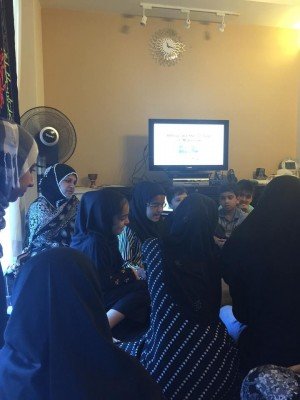