Someone asked about ideas for teaching about his life in the classroom. Here are a few resources that might help:

1. How about this one to start the class discussions off in a fun way, while still sharing SO much info about the Prophet?

2. How about holding a Show and Tell on the Prophet? Children can bring in something from home that they can relate to the Prophet…

Check out this amazing craft project sent in by a mum to mark the birthday of the Prophet (saw) and his grandson, Imam Sadiq (as)!

After sharing this picture of an AMAZING cake of Masjid-un-Nabawi, the Prophet’s mosque, which was made for a for a Mama and Kids event in Orlando, lots more people sent in their pics so I have put them all together for you to enjoy! 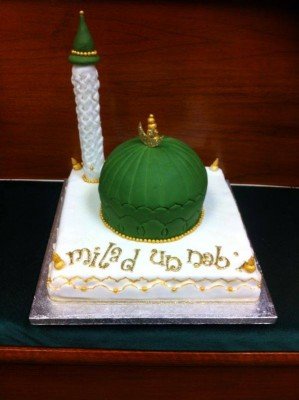 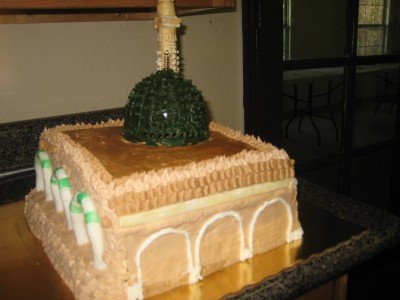 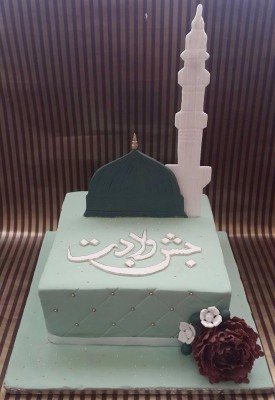 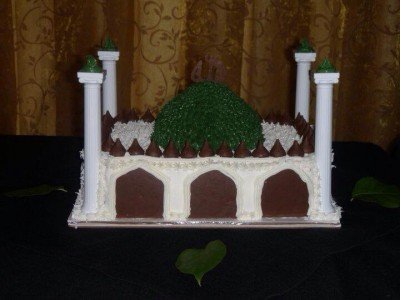 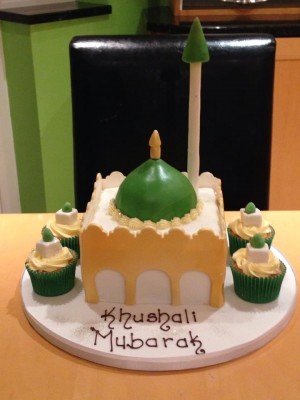 Day 7 cont. - thank you and be grateful

In terms of being grateful to Allah, i think that’s a series in itself! But here’s a wonderful plate craft done to show all the things they are grateful for! Also check out Busy Mummys for the Being Grateful activities they have done!

Day 7 - Sunday: Say thank you and be grateful

The last day of emulating the Prophet…

The Prophet (saw) continually reminded his followers to be ever grateful to their Lord, and the term shakir, meaning “one who is grateful,” is often used in Islam as a name of great honor among Muslims.

There are SO many benefits to gratitude which are shared by Muslims and non-Muslims alike – I recently came along this short Ted talk which really summarizes the beauty and effects of saying thank you to people around us.

Will also be sharing some other clips/activities on being grateful

(P.S. There is a small reference to being gay in the middle – just warning y’all in case you plan on watching with kids)

Day 6 - Saturday: Eat with others

Day 6! The Prophet (saw) The Prophet advised others against eating alone as he never ate alone when he had the opportunity to eat with another person:

“When a food possesses four qualities it becomes perfect: being halal, eating it with other people, having started with the name of God, and having ended with the praise of God.”

P.S. In researching this, I came across an amazing document about the Eating and Drinking Conduct of the Prophet – here it is if you would like more info:

The Prophet was known for praying extra, with ahadith a plenty describing his devotion to the nawafil prayer, etc.

Today, given that it’s a Thursday night and a POWERFUL night for prayers to be accepted, maybe we could ask the children to pray a teeny bit more, whether it’s a two rakat sunnat salaat, an extra sajda or tasbeeh, or maybe they could recite any of the recommended duas for tonight that they don’t perhaps do…

The Prophet (saw) loved praying Namaaz-e-Shab, so maybe that’s something we parents can try doing (if we don’t already?) …

Well before he announced his Prophethood, the Prophet’s characteristic of honesty was well-known, earning him the title of As-Sadiq – the Truthful one.

Honesty is VERY important in Islam, so how do we convey its importance to children, who may possibly lie for several reasons, such as being afraid of the consequences, wanting to entertain us with exaggerated tales, or just experimenting with their concept of reality.

We have all heard the story about the boy who cried wolf, but here is another real life story to share with your children about a 7 year-old boy named Tanner Munsey. Tanner’s reputation for being honest earned him a mention in the “Scorecard” column in the July 10, 1989, issue of Sports Illustrated magazine.

During a T-ball game in Wellington, Florida, Tanner attempted to tag a player leaving first base. When the umpire called the player out, Tanner immediately informed the umpire that he hadn’t managed to tag the runner. Two weeks later, Tanner encountered the same umpire in another T-ball game. This time, Tanner was playing short-stop and tagged a runner as they approached third base. When the umpire called the player safe, Tanner didn’t say a word, but the umpire noticed his surprise at the call.

“Did you tag the runner?” she asked Tanner. When Tanner affirmed that he had, the umpire changed her decision and called the player out. When the coaches and other parents protested, the umpire stood by her decision, informing them that she had learned to trust Tanner, because of his honesty.

With that in mind, let’s ask our children today to be extra mindful of what they say today. At the end of the day, perhaps they can make and decorate a ‘Certificate of Authenticity’ with the ayah: “And cover not Truth with falsehood, nor knowingly hide the Truth.” (2:42). Here, emphasize that they are awarding it to themselves as only they and Allah know exactly how truthful they have been!

P.S. In researching this, have come across some AMAZING activities to do with children about honesty – would you be interested in doing a series on this?

We all know the famous story of the Prophet (saw) who went to visit the lady who was sick, even though she used to throw rubbish on him every day.

Visiting the sick is SO highly emphasized in Islam, with the reward for doing so being as high as having 70,000 angels escorting the visitor and seeking forgiveness for him until s/he returns home. There are also plenty of ahadith detailing the etiquettes for doing so, such as not staying long and taking a gift.

However, in this day and age we don’t always know someone who’s sick, or can’t always get to visit them (especially children who can’t go visiting in hospitals easily), or have busy weekdays and can’t always manage it. So how do we teach our children the importance of visiting the sick?

Perhaps the following ideas can help?

1. We can begin by talking about the above ahadith
2. Asking them to perhaps call or write a letter/email to someone who is not feeling that great?
3. There is a great activity on Creative Resources on madressa.net which is about decorating a gift bag and personalizing it before giving it to someone not well.
4. Making a sincere dua for that person
5. Buzz Ideazz have created a special Get Well Soon card, which has a dua for the sick inside – these would make unique accompaniments to their gift! They are available here: https://buzzideazz.com/shop/get-well-soon-card/